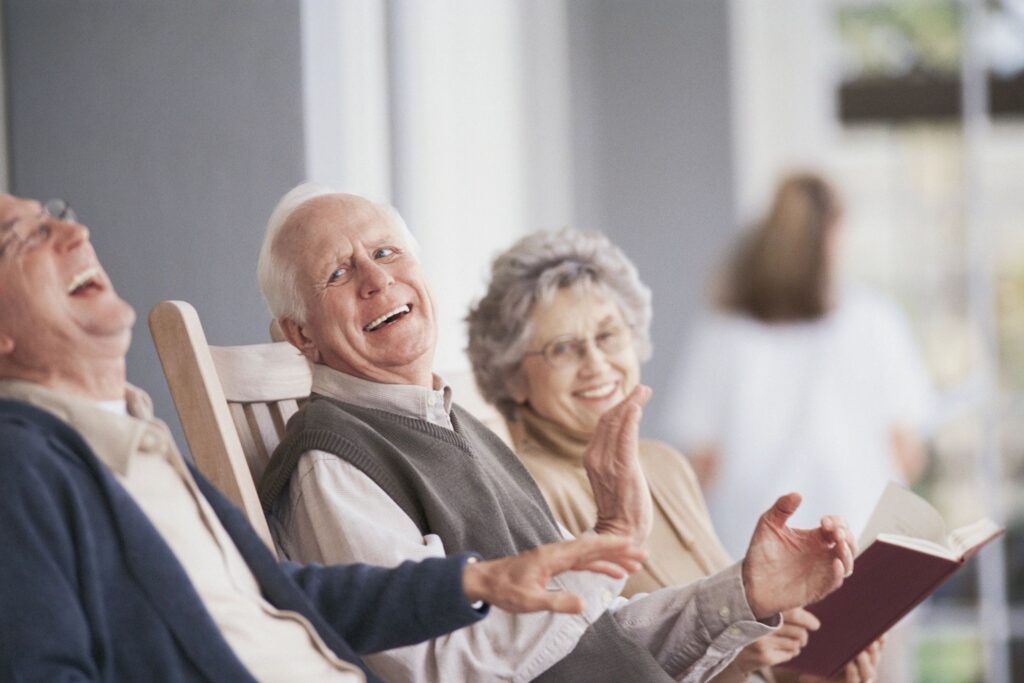 Find my book, I See Old People, on Amazon beginning June 15th. If you want to sign up to be notified, contact me here.

I turned the magic of improvisation and my “wanna be actress” skills into a super power and it lit up the room.

As I visited seniors living with dementia or Alzheimer’s, the most delightful surprise of all, was when they laughed at something I said. Growing up with a family of colorful characters who found ways to laugh at misfortunate events as equally as the wonderful things, I was comfortable using humor even in situations where things were pretty bleak.

Humor works even in the worst of situations

When I was a little girl, my mother and her two sisters were tasked with picking out my grandmother’s casket. It was for most, a very sobering experience. The decision wasn’t taken lightly. After a few minutes of disagreement on the vast assortment of caskets available, my Aunt Bette cackled and said, “For lord’s sake, Mom would tell us to buy the casket made out of tissue paper!” The trio burst out into laughter and quickly made the decision to select a more moderate priced casket – though not one made out of paper!

The apple didn’t fall far from the tree so I learned how to use humor to diffuse almost any situation. In fact, it felt so incredible when I saw how my humor reached a lost soul and turned sadness into an expression of profound joy. It was my secret sauce and I used it during every visit.

I worked the room and it was heavenly

If I could get a laugh and a smile, the world seemed a whole lot brighter. I won’t kid you, it wasn’t easy. After all, I was working a room (a memory care facility) that in general, was the resting home of many hostile witnesses. No one wanted to be here including myself at times.

What fascinated me most was the power of the brain to retain humor even when other parts of the brain shut down. I turned the magic of improvisation and my “wanna be actress” skills into a super power and it lit up the room.

The British mathematician Bertrand Russell once said, “Laughter is the most inexpensive and most effective wonder drug. Laughter is a universal medicine.”

It was the one thing that came easily to me and made me feel like I was giving the best gift of all – a heart filled with delight.

Thank you for subscribing.